We have heard it some time now, the media is swamped with news of how Twitter mainly consisted of pointless babble. Something that have been discussed since then, of course. Not surprisingly, mainstream media makes a big fuzz about this and sees it as yet an example of how new social media is empty and lacks ”real” content, like PearAnalytics Twitter study.

But please, they’re missing the point. Twitter and alike are SOCIAL media, I can not stress this enough. It is based on social interaction, conversation and communication. Take any social communicative situation and you can make the same categorization as the PearAnalytics did from 2000 tweets. Any information- or communication specialist can tell you that. Next time round the coffee table, listen to the ”babble”, or attend any social mingle. If you for instance works with internal communication in organizations and does not understand this you will have a hard time getting the results you want – coz we interact and network thru ”babble”.

And finally, and what makes the Pear-study so weak in validity and reliability – the context! You can not study a stream of snippets of conversations if you do not have the understanding of context! A somewhat famous example is a letter Victor Hugo sent to his publisher with only a question mark in it. The respons from the publisher was an exclamation mark! There you have it. A ? and a !. Pointless babble? No, not to them. Hugo sent the letter coz he wanted to know how the just published Les Miserables was doing. The answer ! was all he needed. It went great. The two persons involved in the conversation shared the context of their social interaction, and the same goes for social media. It’s like Lotto. You got to be in it to win it! 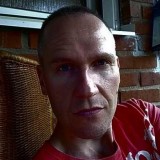